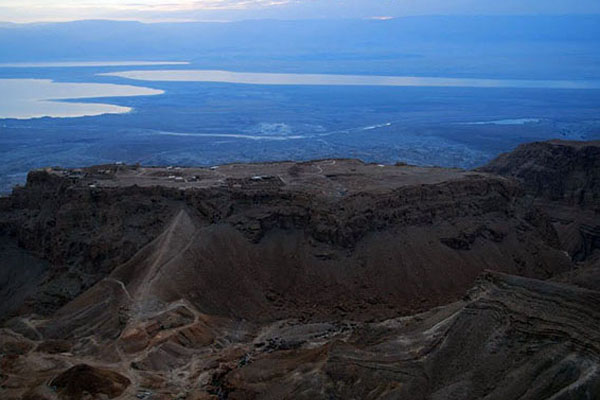 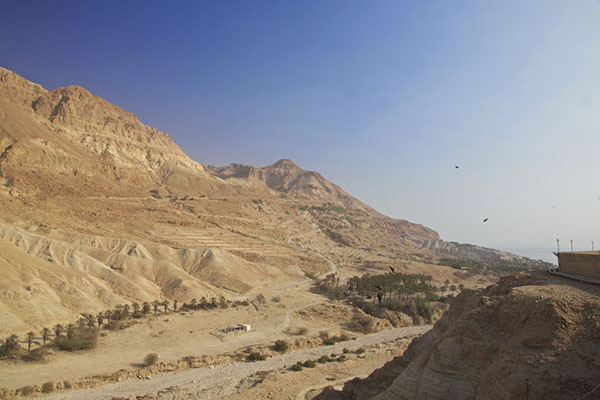 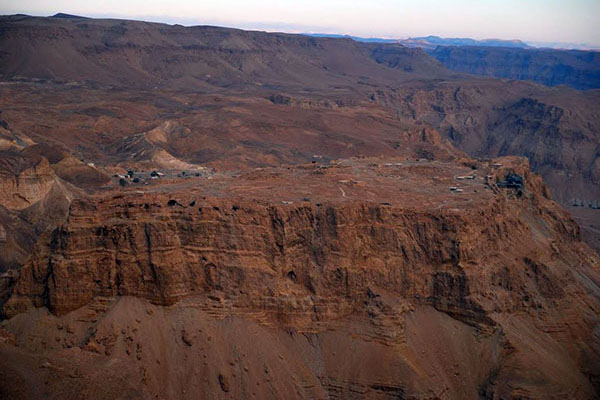 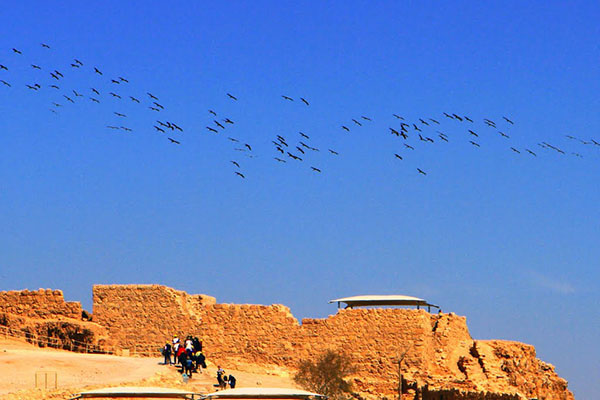 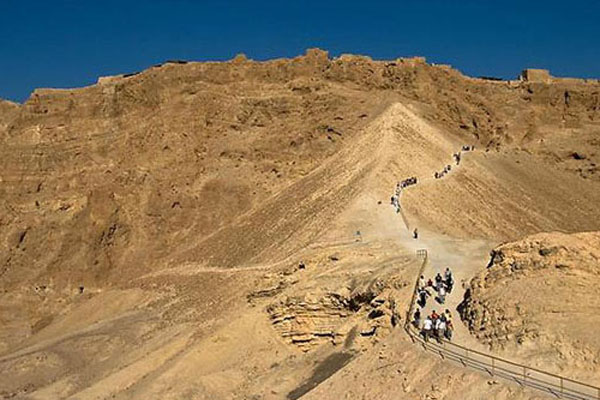 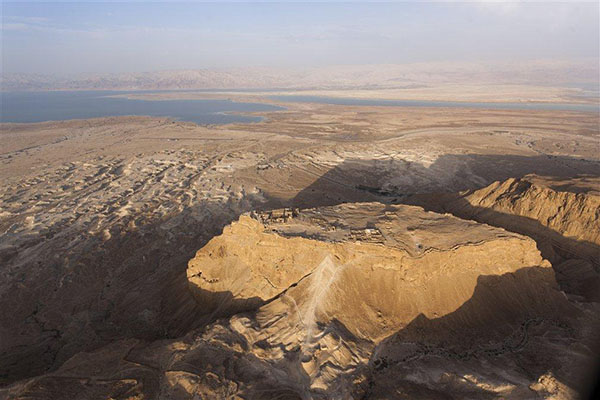 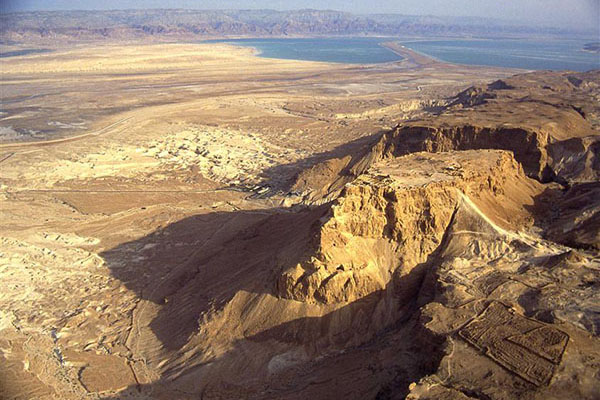 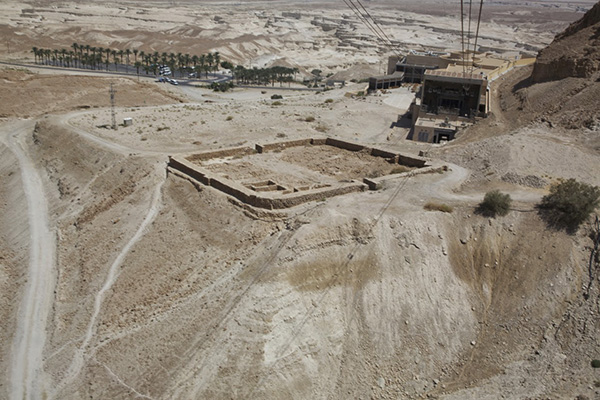 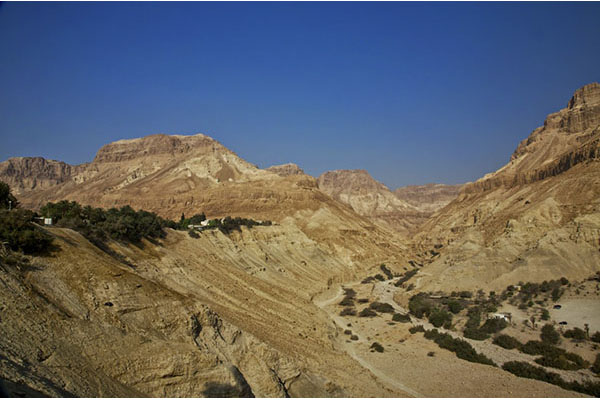 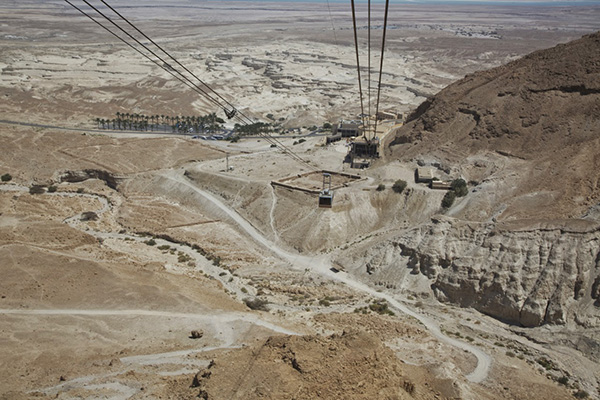 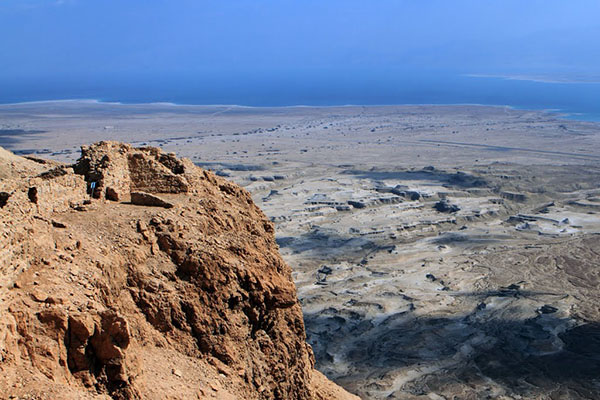 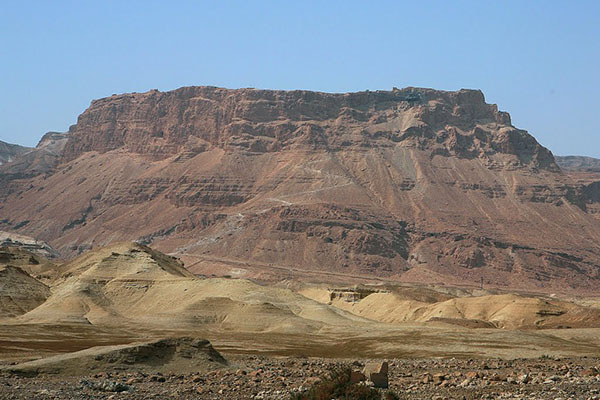 Masada is one of the most exciting and frequently-toured places in Israel, and relates a story of perseverance and power, faith and surrender, ambitions, and a tragic end.  Masada is a place where battles were waged with rocks and flaming arrows, as well as battles of the human spirit.

Masada is situated on the top of a mountain with steep sides and a flat top like a parapet overlooking the desert panorama to the west and the Dead Sea to the east.  The thrilling story of the site reveals the courage of the defenders of Masada and their battle against the conquering Romans.

The fortress of Masada was built in the year 30 BCE by King Herod, whose architectural feats have left their mark throughout the country.  At the beginning of the great revolt against Rome in the year 68 BCE, the site was conquered by a group of Jewish zealots, and Masada became their last stronghold.  In the year 72 the Romans besieged Masada and succeeded in reaching the steep fortress after constructing a huge earthen ramp on its western side.  In the year 73, the 960 Jewish zealots living at the top of Masada chose to commit suicide rather than to fall into the hands of the Romans alive. Their deeds left behind a saga of courage, heroism, and martyrdom.

The remains of the fortress of Masada are well-preserved and have been reconstructed in an effort to pay homage to the site and its heroic inhabitants.

Masada is extremely high, and can be ascended on foot by the winding “snake path” or by a cable car that runs from the tourist center at the feet of Masada to the top.

The tourist center also features a movie about the story of Masada, a model of the site, and an exhibit of the archeological findings.

A visit to Masada is a thrilling and exciting experience.  The chilling story and the archeological remains contribute to the special atmosphere of the site, and preserve its magnificent past.  This is the largest and most complete Roman siege camp that remains today and in 2001 UNESCO declared Masada a World Heritage Site.