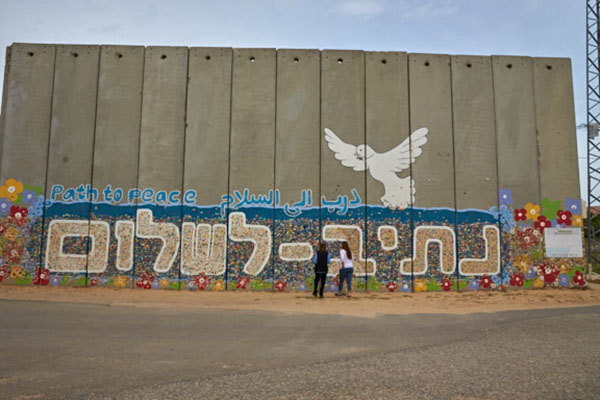 Sderot lies one kilometer (0.62 miles) from the Gaza Strip. Since the beginning of the Second Intifada in October 2000, the city has been under constant rocket fire from Qassam rockets launched by Hamas and Islamic Jihad. Despite the imperfect aim of these homemade projectiles, they have caused deaths and injuries, as well as significant damage to homes and property, psychological distress and emigration from the city. The Israeli government has installed a “Red Color” (צבע אדום) alarm system to warn citizens of impending rocket attacks, although its effectiveness has been questioned. Citizens only have 7–15 seconds to reach shelter after the sounding of the alarm. Thousands of Qassam rockets have been launched since Israel’s disengagement from the Gaza Strip in September 2005.

Popular for having numerous Bomb shelters some of which are built in the form of Children’s Play areas in school playgrounds, Sderot is infamously referred to as The “Bomb Shelter Capital of the World.”

Sderot was founded in 1951 on lands that belonged to the Palestinian Arab village of Najd and is located a few miles south of the village’s ruins. On May 13, 1948, Najd was occupied by the Negev Brigade as part of Operation Barak, and the villagers were driven out to Gaza. It began as a transit camp called Gabim Dorot for Kurdish and Persian Jewish immigrants, numbering 80 families, as part of a chain of settlements designed to block infiltration from Gaza. Permanent housing was completed, three years later, in 1954. From the mid 1950s, Moroccan Jews increasingly settled in the township. In 1956, Sderot was given the status of a local council.

Sderot received a symbolic name, after the numerous avenues and standalone rows of trees planted in the Negev, especially between Beersheba and Gaza, to combat desertification and beautify the arid landscape. Like many other localities in the Negev, Sderot’s name has a green motif that symbolizes the motto “making the desert bloom”, a central part of Zionist ideology.

Sderot absorbed another large wave of immigrants during the Aliyah from the Soviet Union in the 1990s, doubling its population. In 1996, it was declared a city.