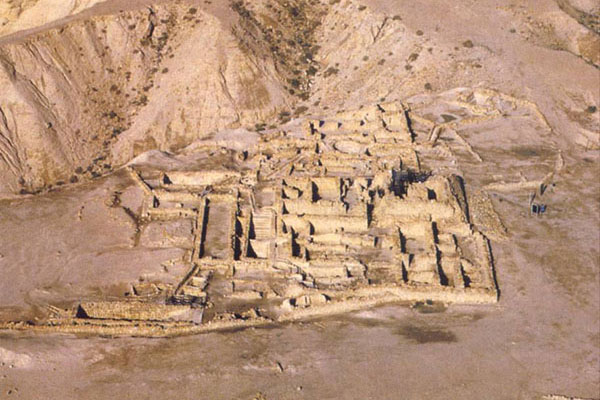 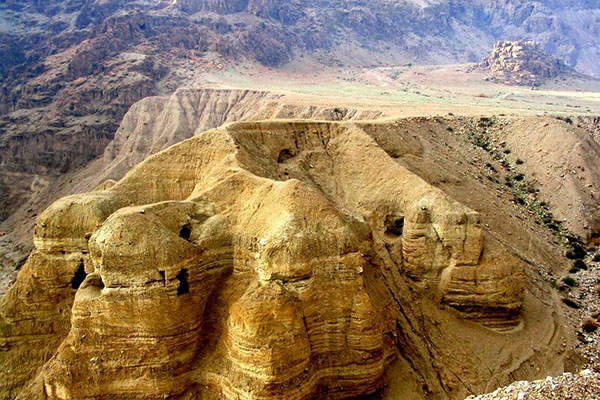 Qumran is an archaeological site in the West Bank managed by Israel’s Qumran National Park. It is located on a dry plateau about a mile from the northwestern shore of the Dead Sea, near the Israeli settlement and kibbutz of Kalya.

The Qumran caves are the place where the Dead Sea Scrolls were found. Standing among the 2,000 year old ruins of Qumran, overlooking the Dead Sea, visitors gain deeper appreciation for the Dead Sea Scrolls containing the oldest Bible ever found. While visiting you will see a room where scribes may have copied the scrolls, a pavement where hard working inhabitants dried dates, a potters’ workshop, a dining hall, a ritual bat, recalling the way of life of the Essenes who left Jerusalem seeking spiritual purity. At the visitor center, designed like Qumran’s building, an exciting film links the fabulous landscape with the story of its people, recalling John the Baptist may have lived here. A dramatic view of the cave in which most of the Dead Sea Scrolls were found tops the experience.