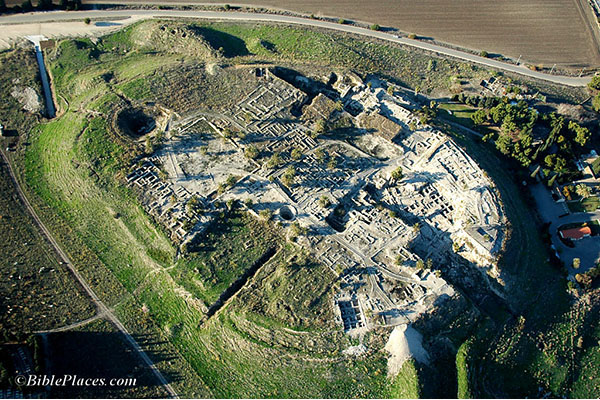 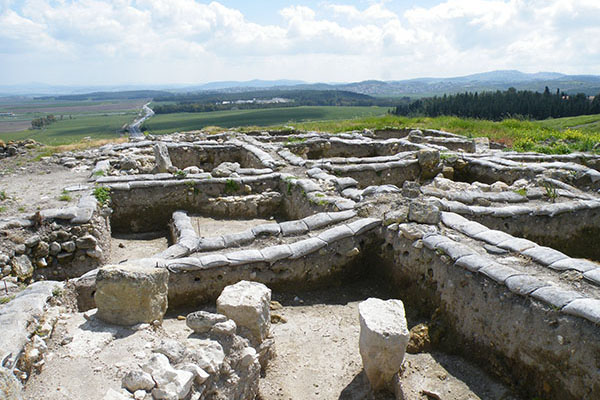 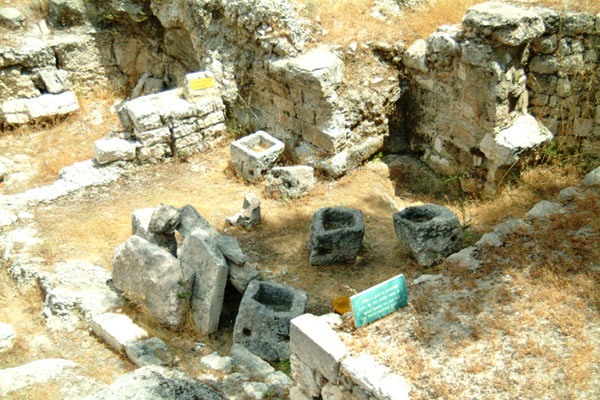 Megiddo is a tell in northern Israel near Kibbutz Megiddo, about 30 km south-east of Haifa, known for its historical, geographical, and theological importance, especially under its Greek name Armageddon.

One of the most important archeological sites in Israel from the time of the bible, Tel Megiddo is a beautiful and impressive national park near the town of Afula. Megiddo was important in antiquity: it is mentioned in Egyptian writings and is forecast to be the site of Armageddon in the Christian Book of Revelations. Recognized as a UNESCO World Heritage Site in 2005, the impressive remains of several civilizations draw many visitors and pilgrims.

Tel Megiddo is a key location on Via Maris, as the Romans called the sea road that led from Egypt to Damascus, and has a long history of upheavals and conquest. The nearby springs and fertile ground drew settlers from the earliest ages of antiquity. It was a city with formidable walls 5,000 years ago. One thousand years later it fell under Egyptian rule. Then the Canaanites conquered the city to be followed by King David. King Solomon refortified the city, which reached the heights of it powers under King Ahab around 2,900 years ago. Ahab turned Megiddo into “Ir Rekhev” and built impressive water works. Israelite Megiddo fell to the Assyrians in 732 BCE and was finally demolished by the Egyptians in 609 BCE.

The site includes remains from the city’s glorious past with paths leading through the main sites such as the City Gates and the Ivory Palace in which a treasure of ancient ivory objects and jewelry were discovered – the richest Canaanite treasure ever discovered. Others sites include the stables from Ahab’s time, and the waterworks that include a 25-meter deep shaft and a 70 meter tunnel that leads to the springs to the west of the Tel.

There is a museum on the site displaying the history of Megiddo where one can watch a movie about the site. The northern part of the Tel has a spectacular view of the Yizre’el Valley, while the southern part has an arbor for praying. Nearby, one can visit the wonderful nature sites of Ramot Menashe.