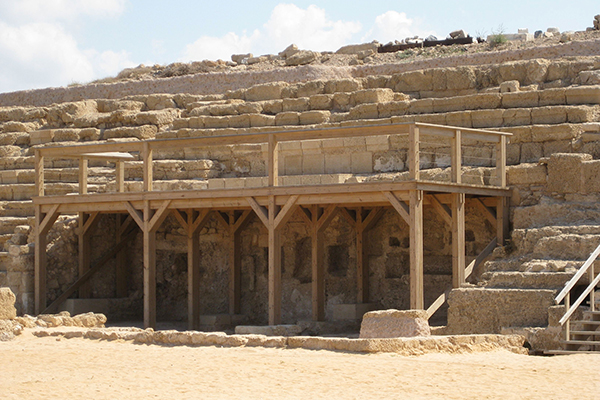 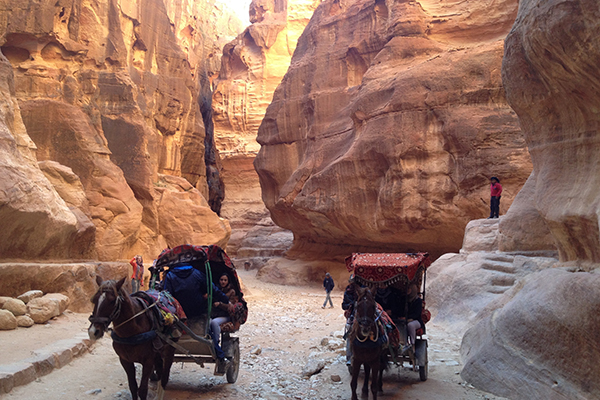 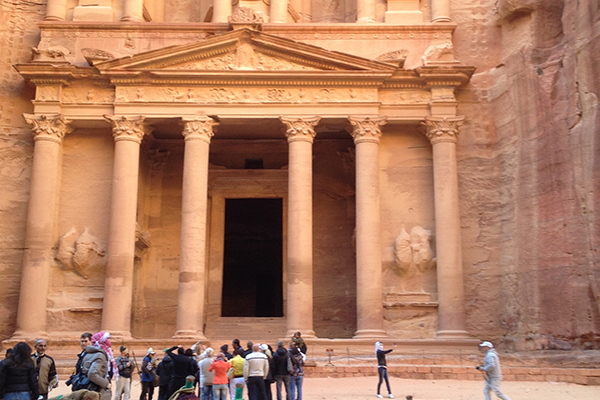 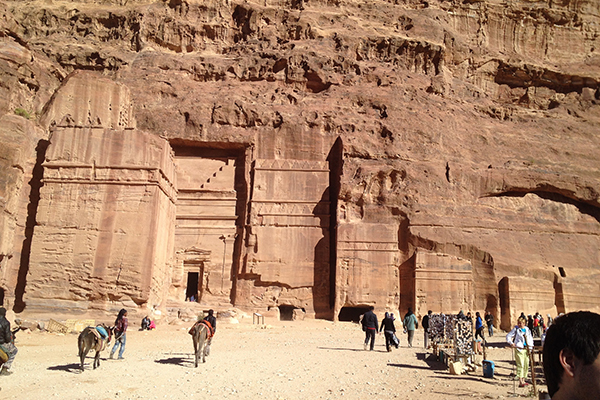 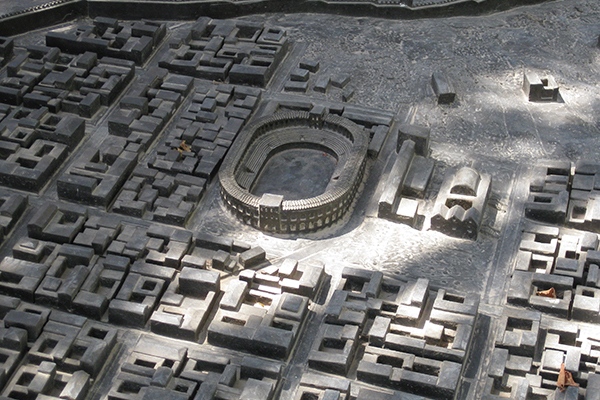 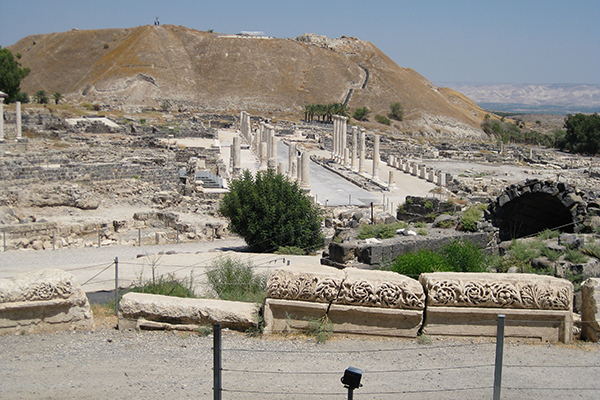 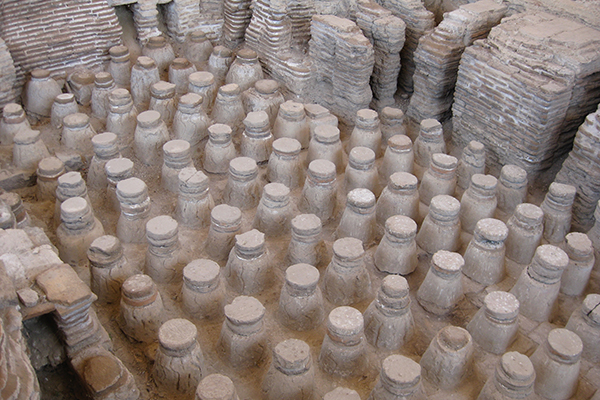 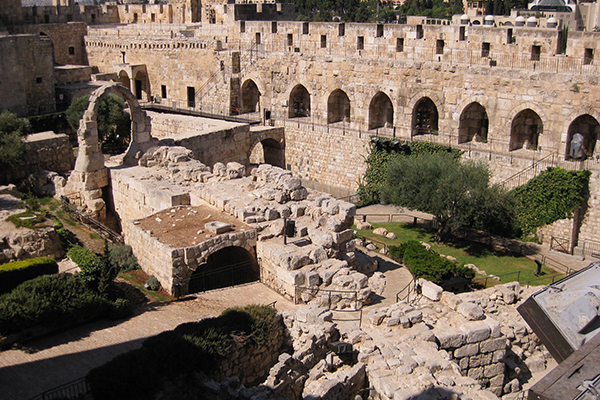 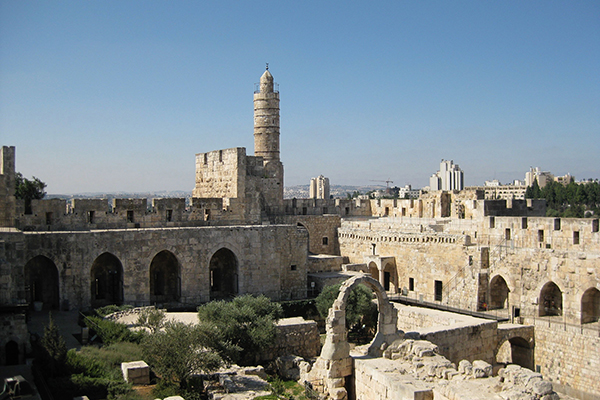 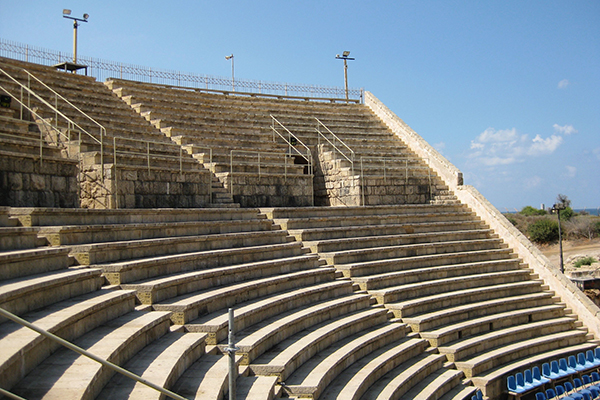 SHALOM and welcome to Israel!

Upon arrival and after clearing customs you will be welcomed by your driver and transferred to your hotel in Tel Aviv.

This morning you will be transferred to your flight to Eilat and from Eilat to the the Arava border crossing into Jordan.

At the border you will join a Jordanian guide and group and start your tour with an air-conditioned bus drive to Wadi Rum. Wadi Ram is a hot spot for films set on Mars, such as Lawrence of Arabia and most recently, Ridley Scott’s 2015 award-winning film, featuring Matt Damon, “The Martian”. There you will board jeeps for a 2 hour Jeep Safari trip to trace the footsteps of Lawrence of Arabia where you will discover the 7 Pillars of Wisdom, the Inscriptions, Al- Nuphyshieh, AL- Khaz’ali and the Rocky Brides. After the jeep tour, you will drive to your hotel in Petra.

Upon arrival enjoy dinner at the hotel.

After dinner, enjoy a short Petra By Night tour. 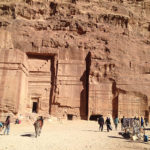 After breakfast you will begin a full day exploration of the red-rose city of Petra. It is the legacy of the Nabataeans, an industrious Arab people who settled in southern Jordan more than 2000 years ago. Admired then for its refined culture, massive architecture and ingenious complex of dams and water channels, Petra is a UNESCO orld heritage site and this year it was voted one of the New 7 Wonders of the World. You will enter the site by navigating the narrow kilometer long Siq, or canyon and your guided exploration of the site will take in many of the over 800 individual monuments, including buildings, tombs, baths, funerary halls, temples, arched gateways, and colonnaded streets, that were mostly carved from the kaleidoscopic sandstone by the inhabitants centuries ago.

Overnight in Tel Aviv.
Day 4
The Mediterranean Coast to the Galilee 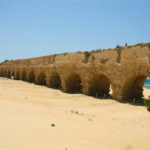 After breakfast and an early start you depart Tel-Aviv and drive north along the coastal road to Herzelia to visit Arsuf – an important Roman settlement between Jaffa and Caesarea along Via Maris which was later the site of a battle between Richard the Lionheart and Saladin. Arsuf National Park is a relatively new and highly interesting addition to Israel’s list of archaeological wonders. Leaving Arsuf, continue north to Caesarea. This sprawling excavation, one of Israel’s preeminent archaeological sites, will be your first chance to explore the country’s rich and diverse ancient history. After concluding the comprehensive visit to Caesarea, you will continue north pass the city of Haifa – capital of northern Israel and the country’s largest commercial seaport to Acre for an in-depth exploration of this important location. One of the oldest continuously inhabited sites in Israel, Acre was politically and culturally affiliated with Phoenicia and was renamed Antiochia Ptolemais by Alexander the Great. The city was captured by Cleopatra VII of Egypt, Herod built there a gymnasium, and the Romans established there a colony named Colonia Claudii Cæsaris. In the 13th century Acre was captured by King Baldwin I of Jerusalem and the Crusaders made the town their chief port in the eastern Mediterranean, providing more wealth for the Crusader crown than the total revenues of the king of England. Acre was the final stronghold of the Crusader state, and fell to the Mameluks of Egypt in a bloody siege in 1291. The Ottomans under Sultan Selim I captured the city in 1517, after which it fell into almost total decay, and towards the end of the 18th century was revived under the rule of a local sheikh. In 1799 Napoleon, attempted to conquer Acre but after a siege of two months was repulsed by the Turks. You will end your day in Rosh Pina. 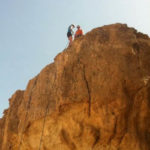 After breakfast drive towards Israel’s northern border and your first stop at Tel Dan. Dan, a town first settled in the Neolithic age more than 4000 years ago, was an important settlement in the Bronze and Iron Age during the Phoenician and Assyrian periods. Excavators of Tel Dan uncovered a city gate made of mud bricks estimated to have been built around 1750 BCE, presumed to be from the period of the Biblical patriarchs. The gate was extensively excavated and then restored in the late 2000’s. Within the remains of the city wall, close to the entrance of the outer gate, parts of the Tel Dan Stele were found. The basalt stone bears an Aramaic inscription in which a small part refers to the House of David (Bet David in Hebrew). Continue up the Golan Heights, ascending gradually to the high volcanic plateau from which the Syrian army once terrorized Israel’s Northern Galilee. On the way to your first stop your guide will highlight points of interest and discuss the region’s unique geography and history. Your first stop on the Golan will be at Nimrod’s Fortress, built around 1229 by a nephew of Saladin to pre-empt an attack on Damascus by the Sixth Crusade. It was further expanded to span the whole ridge by 1230 and the ruler Baibars strengthened it and added larger towers after 1260. Pass the Golan’s central town of Katzerin. The ancient Jewish farming village of Katzerin was built around a spring, which still flows but was also occupied from the Middle Bronze age, continuing into the Iron, Hellenistic and Roman periods. An ancient synagogue was discovered in 1967 and other parts of the village were excavated beginning in 1983.

Day 6
The Jordan Valley and the Dead Sea 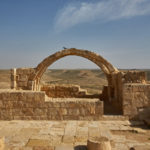 After breakfast you will take a short drive along the Sea of Galilee to Capernaum where excavations revealed an ancient fishing village, synagogues and a church. This amazing location, continuously under study since 1838, which represents a fascinating porthole to early Jewish history and the beginnings of Christianity. From Capernaum you will continue to Kibbutz Ginosar, where in 1986 a 2000 year old fishing boat was discovered buried in shoreline mud. After a complex restoration the boat, now named the Jesus Boat, is displayed at the Yigal Allon where you will hear about the discovery, recovery and reconstruction of this amazing archaeological find. From Ginosar continue southward along the Sea of Galilee and the Jordan River to one of Israel’s most dramatic, beautiful and oft overlooked ancient sites – the Fort Belvoir National Park. Overlooking the Jordan Valley, Fort Belvoir was built by the militaristic Christian order Knights Hospitaller to defend the northern Crusader kingdom from Saladin’s encroaching armies. From Belvoir you will travel along the Jordan River to Beit She’an. Beit She’an was strategically important from the early Egyptian period through all consecutive ancient history periods of Israel. The extent of findings and archaeological data produced by excavations at Beit She’an is mind boggling with multiple levels revealing Egyptian hieroglyphs, numerous temples, a cardo, an amphitheater, bath houses, churches, tombs, and countless artifacts. From Beit She’an continue south to the Dead Sea. 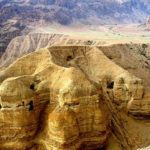 Following breakfast, arrive at Masada – Israel’s most historically significant and fascinating archaeological and historical location. Ascending to the mountaintop fortification via cable car or climbing via the “snake route”. Visit the restored wonders of this marvelous fortress extensively excavated between 1963 and 1965. Herod the Great fortified Masada between 37 and 31 AD as a refuge for himself in the event of a revolt. After the destruction of the Second Temple in 70 AD, numerous Jewish families fled Jerusalem and settled on the mountaintop, using it as a refuge and base for attacking the Romans. Following an extensive visit to Masada, stop for a “swim” floating and madding at the Dead Sea. On your way back to Jerusalem you will visit Qumran, the site where the Dead Sea Scrolls were found in Cliffside caves. You will tour and receive a detailed talk on the history and significance of the finds at Qumran. You will see the Dead Sea Scrolls during your visit in Jerusalem.

Depart the Dead Sea and start your drive to Jerusalem via the Judean Mountains. 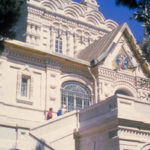 Your tour today includes the four quarters of the Old City. You will be introduced to the Old City, whose history and global importance undoubtedly rival those of Athens and Rome. Your comprehensive tour will begin at the City of David introducing Jerusalem’s complex ancient history and corresponding archaeology. Continue to the Jewish Quarter and visit the Davidson Center and its archaeological garden, south of the Temple Mount, with its new multimedia presentation revealing Jerusalem in the days of Temple time.

Continue to the Western Wall and descend underground to view the foundations of the Temple Mount where you will learn about the city’s architecture, development, inhabitants, governance and physical layout during each period – pre Temple, 1st Temple, 2nd Temple, Herodian, Roman, Byzantine, Islamic, Crusader, Mamluk and Ottoman. You will learn about the structure and function of the Temples in each period and the city’s walls and fortifications. You will learn about commerce and residential life during each period. Each issue will be reflected in the excavations and finds you will visit. You will walk through and learn about ancient Jerusalem’s market street, the Cardo, and about the city’s urban design since the time of King David. You will visit the Burnt House – from the time of Jerusalem’s destruction by the Romans and a variety of additional archaeological and biblical exhibits

Evening Light and Sound Show at the City of David. 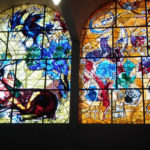 Today you will continue to learn about Jerusalem’s ancient history. You will tour and discuss the city’s water systems and visit the Jerusalem Archaeological Museum and Temple Mount Excavations. You will explore other regions of the Old City such as the Via Dolorosa, Tombs, Mount Zion, the Kidron Valley, Mount of Olives and the Hinnom Valley.

In the afternoon visit Yad Vashem Holocaust Memorial and Museum. Visit the general exhibit, the Children’s Memorial and the Communities’ Valley.

On your way back to the hotel your guide will stop for a view of the Knesset (the Israeli Parliament) and the Menora. During this stop you will have a chance to learn about the Israeli political system and see many of the government offices including the Prime Minister’s office. 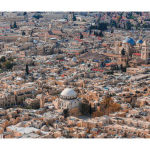 Free day in Jerusalem – no guide

On your own visit the Israel Museum – Israel’s most important museum, home to the Dead Sea Scrolls and a repository of exceptionally important archaeological and ancient history information and exhibits. We highly recommend the temporary King Herods exhibit.